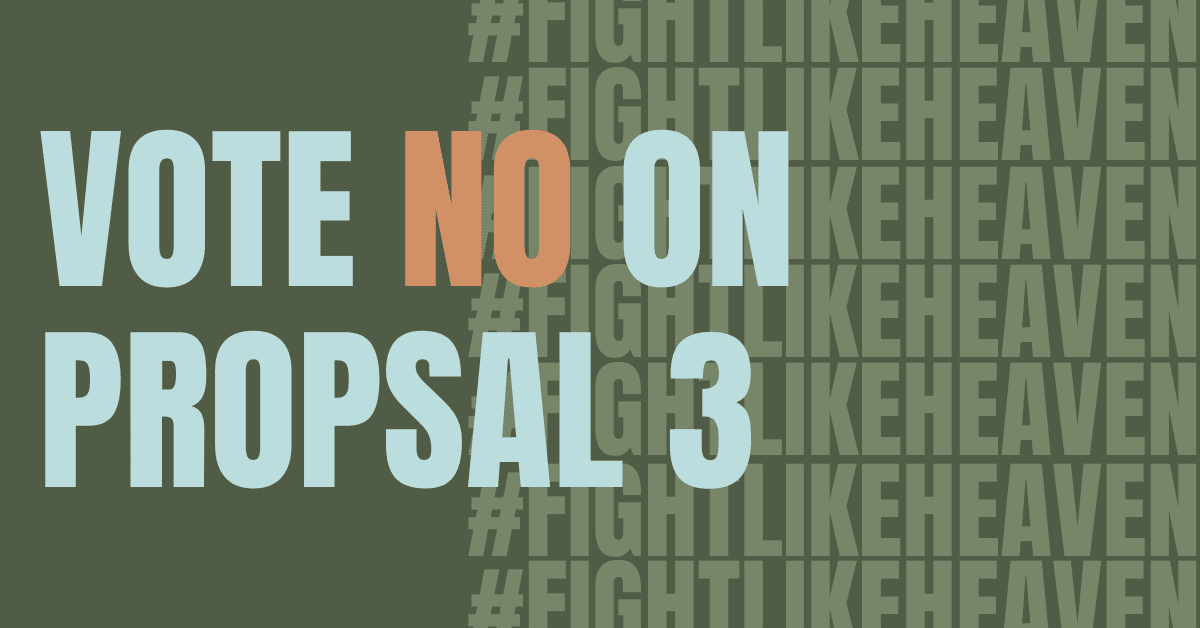 In September, the Michigan Supreme Court ordered the placement of Proposal 3 (formerly known as “Reproductive Freedom for All”), onto the November ballot. This is an extreme pro-abortion amendment seeking the approval of the people of Michigan to permanently amend the State Constitution to include a so-called “right to abortion,” but it goes well beyond that.

Friends, it is never my goal to be overly political. But it is important for us to remember something when it comes to the relationship between politics and our faith. Politics, more specifically our state and federal government, have a duty to legislate and enforce laws that protect human dignity, help the vulnerable, and seek the common good of all people. Religion, more specifically Christianity and our Catholic Faith, has a duty to form the conscience of our government leaders. This is important. Those who are leading and governing our country/state, need to have a well-formed conscience so they can enact laws that do protect human dignity, help those who are poor/vulnerable, and seeks the common good of all.

With that said, I must speak about Proposal 3,  because this does not protect human dignity,  it does not help the poor and vulnerable, and it does not represent the common good of all people.  Here is what is at stake: Proposal 3 could:

· Allow abortion up until birth

· Allow anyone to perform an abortion, even if they don’t have a medical license

Brothers and sisters, I encourage you to do your own reading and learning about this proposal to better understand what is at stake on the November ballot. Please review this proposal before voting; click the following links to read the proposal for yourself.
Summary language (that will appear on the November ballot)
Constitutional amendment language (full text of proposed amendment to the Michigan Constitution)

Finally, I echo Bishop Boyea (Diocese of Lansing), and all the Bishops in Michigan who call all Catholics to ‘Fight Like Heaven!’ Governor Whitmer has repeatedly said that both she and her allies in the pro-abortion lobby will, “fight like hell” to ensure abortion is legal in Michigan.

How do we respond? In addition to voting NO on Proposal 3, we must ‘Fight Like Heaven!’ to combat this proposed amendment by employing the three great spiritual weapons of the Christian life: Prayer, fasting and almsgiving. To accomplish this, the Diocese of Lansing invites Catholics across the state to join them in a 54-day Rosary Novena that will conclude upon the eve of election day. Though this novena has already begun, you can always join us now in prayer!